VANCOUVER, BC / ACCESSWIRE / August 12, 2020 / The trip to the doctor’s office is seldom a fun one. There’s the troublesome task of finding parking, which though innocuous, can often be tedious and attached with a price tag many wish could be claimed through medical coverage. Then there’s the waiting room, an adventure that, at times, can take hours. Followed by a probe into medical history, a frustrating experience for those routinely attempting to gain a diagnosis for an unsolved medical issue. And let’s not forget the inquiries into lifestyle choices, including sexual orientation and weekly beverage consumption habits, the latter of which often leading to scalable humiliation for those tasked with attending a number of birthday parties and bachelorettes in months leading up to the visit. Honesty may be the best policy, but it can create crimson cheeks when attempting to justify lifestyle choices to a medical professional.

Then there’s the whole matter of what motivated the trip to the doctor’s office in the first place. It takes a unique character to wake up in the morning and spontaneously say, “Hey, this morning feels like a good day to make a futile trip to the doc’s office!” The real world isn’t Grey’s Anatomy, the floors of an average medical facility aren’t crawling with Hollywood verified arm candy, therefore the dream of running into McDreamy is (hopefully) not a driving factor into medical visits. More often than not, a trip to the doctor’s office is prefaced by serious health and wellness concerns that require a professional and trusted diagnosis. The question is then begged, what would be the motive behind making up the severity of legitimate symptoms only to endure scrutiny? 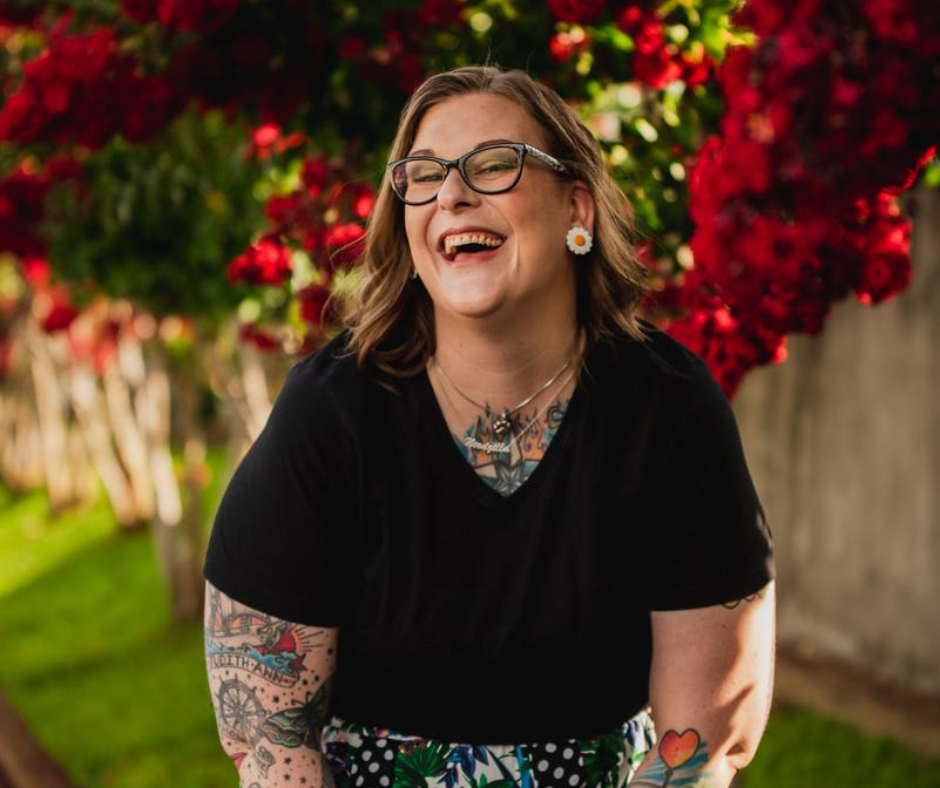 This is the question that Kelly “Nerdzilla” Mendenhall has been battling since 2017 both on her own behalf and on the behalf of other women who, like herself, have been denied adequate medical attention from physicians who believe their patients to be making false claims. Mendenhall refers to this as Medical Gaslighting, defined as physicians “…manipulating a patient into thinking that they are exaggerating their own condition, causing a patient more and prolonged pain, putting their well-being or even their lives at risk.” Mendenhall further stresses the impact of Medical Gaslighting in stating that, “Both anecdotal and legal studies suggest that the mistreatment and neglect of female patients reporting pain to medical professionals is not the exception, but the rule. It has got to stop.”

Self-titled as “Nerdzilla”, Mendenhall’s personal medical nightmare fueled her to begin her battle against Medical Gaslighting. The inspiring author, entrepreneur, and spoonie spent the early part of her adulthood chasing the American Dream, making safe choices to help her realize that dream. After receiving a Bachelor’s in Science and a Masters in Public Administration from Eastern Michigan University, Mendenall relocated to Tennesse in 2013 in pursuit of professional fulfillment. Satisfied with her professional and personal life, Mendenhall was well on the road to realizing the “American Dream” she sought, only to be swept off course in 2017 when her medical disability made it impossible for her to continue her traditional 9-5 job, rendering her primarily housebound.

The onset of Mendhenall’s medical ailments exposed her to the previously unknown world of medical gaslighting. In April of 2017, Mendenhall began experiencing debilitating lower back and leg pain, launching her medical nightmare. “The hardest part of my medical journey is how many doctors told me, ‘That can’t be happening,’ or ‘There’s no reason you should be feeling that way,'” she recalled in regard to the responses she would get from physicians after describing to them her symptoms, sparking her initial exposure to the world of Medical Gaslighting. 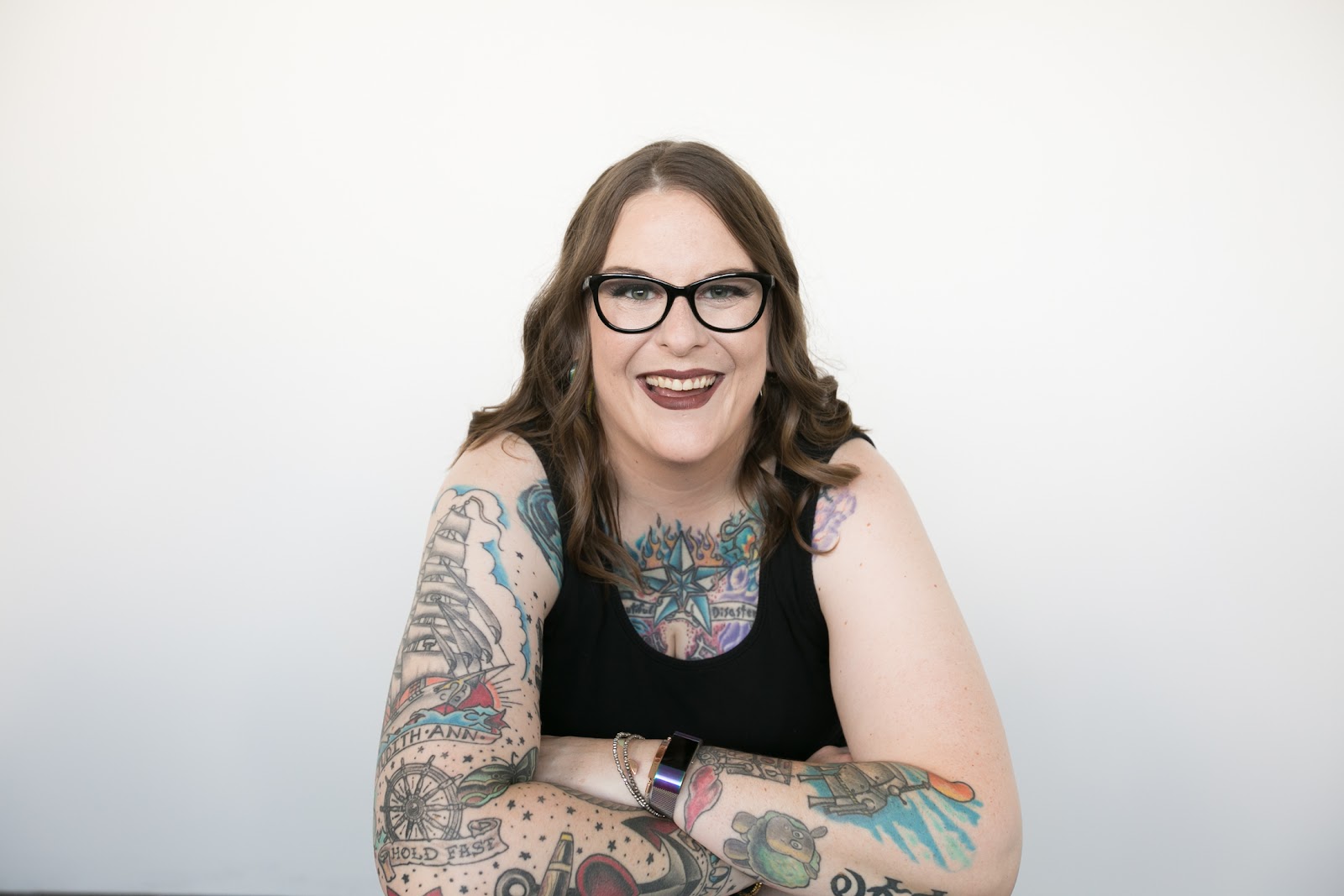 Mendenhall commented that “In a period of 7.5 months, I saw one general practitioner, three orthopedic surgical specialists, a pain management specialist/anesthesiologist, and one emergency physician.” Despite the mass amount of medical professionals assigned to Mendenhall’s case, she was repeatedly told that she, “… simply couldn’t be experiencing things like loss of feeling in my entire left leg, chronic sciatica so severe and debilitating that I could not stand, lay, or sit, without pain reaching a 10 on a 1-10 pain scale, chronically.” In the eighth month of Mendenhall’s medical journey, she finally saw a neurologist who immediately referred her to a pain intervention specialist. This referral provided the desperately needed answer to the chronic and immobilizing pain Mendenhall had been battling for the better part of the past year, which was diagnosed as an uncommon neuromuscular disorder known as Piriformis Syndrome.

As relieving as the diagnosis was, it also conjured immense frustration for Mendenhall who had been enduring inexplicable pain for close to a year due to a medical issue her physicians failed to take the steps to uncover. “The problem was that they refused to look at my whole spine,” recalled Mendenhall, “they would only look at my lumbar spine, anytime I would request that they scan my whole spine they’d refuse it.” Had Mendenhall received the full spine scan at the onset of her symptoms, the drastic impact on her livelihood could have been spared, including her job loss and having to go on social assistance in an effort to support herself as she battled her undiagnosed pain. There is never a good person to medically gaslight, but Kelly Mendenhall was the WRONG person to medically gaslight. Following her experience, she’s become an advocate for other women who, like her, are facing medical blockades resulting from physicians failing to believe them. 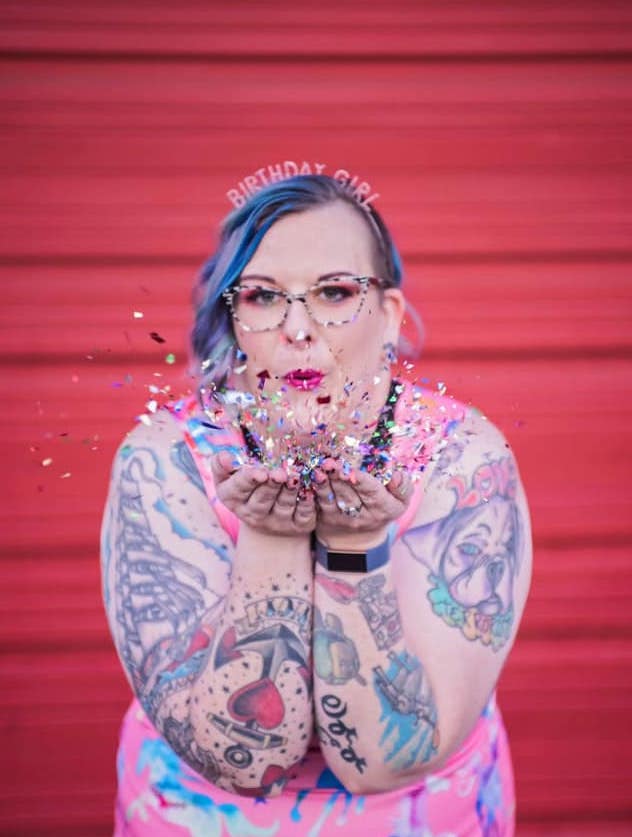 One Woman’s Fight For All Women’s Medical Rights

In 2018, Mendenhall published an article titled “Women Do Experience Severe and Chronic Pain,” drawing attention to the maltreatment of women in pain within the medical system. Her article unveiled that “…legal and anecdotal research repeatedly demonstrates that women are overwhelmingly treated with less urgency, less compassion, and even receive less medication than men when complaining of pain.” During her experience as a patient with chronic and undiagnosed pain, Mendenhall recalled that it was often implied “…that I was lying, implied that I was drug seeking, but then when I would refuse narcotics and opioids, then they would say, ‘oh it must not be that bad.'” Her choice to avoid inherently addictive medication fostered greater skepticism from the medical community that was responsible for supporting her.

Her article further pulled on a study finding that “…women are more likely to have their pain discounted by medical professionals as ‘emotional’, or ‘psychogenic’, and therefore, ‘not real.'” To this, Mendenhall has created some tips and tricks to help women combat such scrutiny, “I make hand-stitched Christmas stockings for all my nieces and nephews, so I started to bring them with me to appointments. The medical staff would look at me and all my tattoos in one regard, and then I’d show them my stitching and their whole demeanor would change, they’d start to actually look into my case.” Through this simple trick, Mendenhall was able to inspire greater attention from the medical staff treating her. Additionally, she noted that often women do not get the treatment they deserve because they “look fine,” which for many women is a learned trait fostered to take on daily demands with grace, yet in this scenario, Mendenhall found presenting as “fine” was a hindrance as opposed to a benefit. 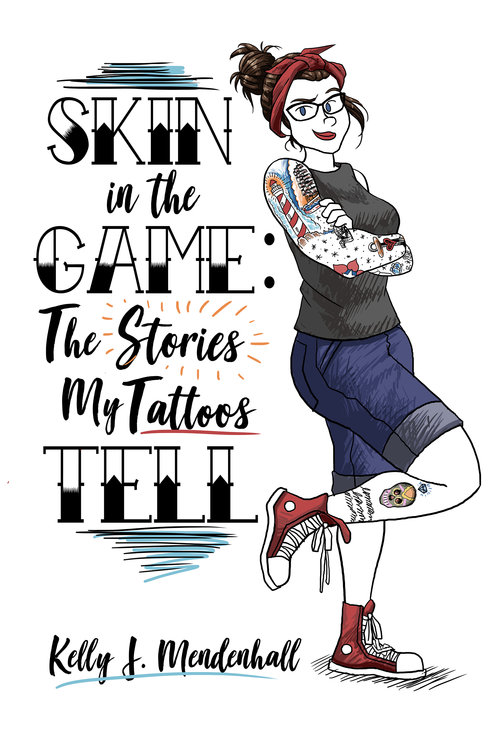 Despite the hardship that she had to endure amongst her medical journey, Mendenhall managed to find the silver lining of her circumstance, claiming she “… became reacquainted with her former, creative self and dreamt again of becoming a published writer” when she found herself unemployed, housebound, and in need of a new project. Today, the poster-child for resiliency is using her talent as an author to both tell her story, as she did in her first book, Skin in the Game: The Stories My Tattoos Tell, and to provide advice and a voice for other women experiencing medical gaslighting in her upcoming book, The Medical Gaslighting Project, set to be published early 2021.

When asked what her goal was from publishing The Medical Gaslighting Project, Mendenhall stated that “My goal is to raise awareness about Medical Gaslighting and how hard it is for women seeking treatment for chronic pain and invisible illness. Knowledge isn’t enough, though. Once we are all more educated about the implicit bias against women reporting pain in Western Medicine (almost entirely linked to deep-seated patriarchy and a belief that anyone with a uterus is hysterical), we must institute change.”

She further elaborated that “Women will keep dying. They will continue to experience sometimes permanent disability and radical loss of quality of life unless we stop it. That’s why I share my story so transparently and in such great detail. I write and talk about Medical Gaslighting with anyone who will listen. I am writing The Medical Gaslighting Project and creating the accompanying podcast. Sometimes, you have to be the change you want to see in the world. I’m here to educate, advocate, and be an agent of change. And it’s not just about changing the culture of the western medical industry; it’s about teaching women how to be their own best advocates.”

Kelly “Nerdzilla” Mendenhall is providing a voice for countless women who have been told time and again that their pain is not real. She is not allowing the trauma of her own experience to deter her from driving home her agenda, but is instead using it to fuel her fight for proper recognition for women everywhere living with unrecognized and undiagnosed pain. Today, she shares the lessons she’s learned from this experience as both a public speaker and through her powerful coaching program, teaching her following how to overcome embrace adversity.

You may have missed